One of the highest pueblo blancos in Andalucía (739 metres above sea level), Comares can be spied for miles around, rising high above the surrounding countryside and resembling a natural extension to the craggy rock face. A map is useful, although first time visitors may still find the approach hard to find and, equally baffling is the fact that the village keeps disappearing from view as the windy country roads dip and curve round. However, when familiar with the approach, the journey from Málaga airport is less than an hour, while the nearest coastal resort – Torre del Mar – is just 24 kilometres away.

Fortunately, despite being breathtakingly pretty, Comares has not yet succumbed to the coach tour circuit, although there are several Brits and other foreign residents here, and an exquisite small hotel on the main plaza.

Throughout the village, there are colourful ceramic plaques depicting Comares’s important place in history, which can be traced back to the third century BC. The village was one of the principle defensive bastions of Omar Ben Hafsun and during the early times of the Moorish caliphs in Cordoba, protected what are now the ruins of the local capital on the Mazmullar plateau, some four kilometres from the village and worth a visit.

The Moors built a fortress in Comares that was, together with las Benthomiz and Zalía, one of the three principle forts in the Axarquía. Two of the towers that reinforced the wall are still here, one of them next to the cemetery at the top of the village. Strategically important in the defence of the crumbling Moorish territories, Comares was finally conquered by the Catholic Kings from the north in 1487.

The village remains typically Moorish in its layout and design with narrow cobbled streets, interspersed with arches (two of which are thought to date back to medieval time), flanked with simple whitewashed houses. The Parish Church is 16th century with a beautiful coffered/stucco/moulded ceiling. There are also two plazas, two bars, two supermarkets, a post office and a bank. There is no souvenir shop (yet!) and you can’t even find a post-card on sale.

The latter is particularly telling, as the views are, quite literally, incredible. From the south, rolling hills of olive and almond trees reach to the sea while, to the north, dramatic mountains rise up far into distance, like a bewitching lunar landscape which shifts and changes according to the light.

The main industry in Comares is the production of olive oil, wine and almonds while, in the valley, esparto grass is grown for domestic and agricultural use.
This is, without doubt, one of the prettiest villages in the province of Andalucía and should be visited soon, before the raffia donkeys go on sale. 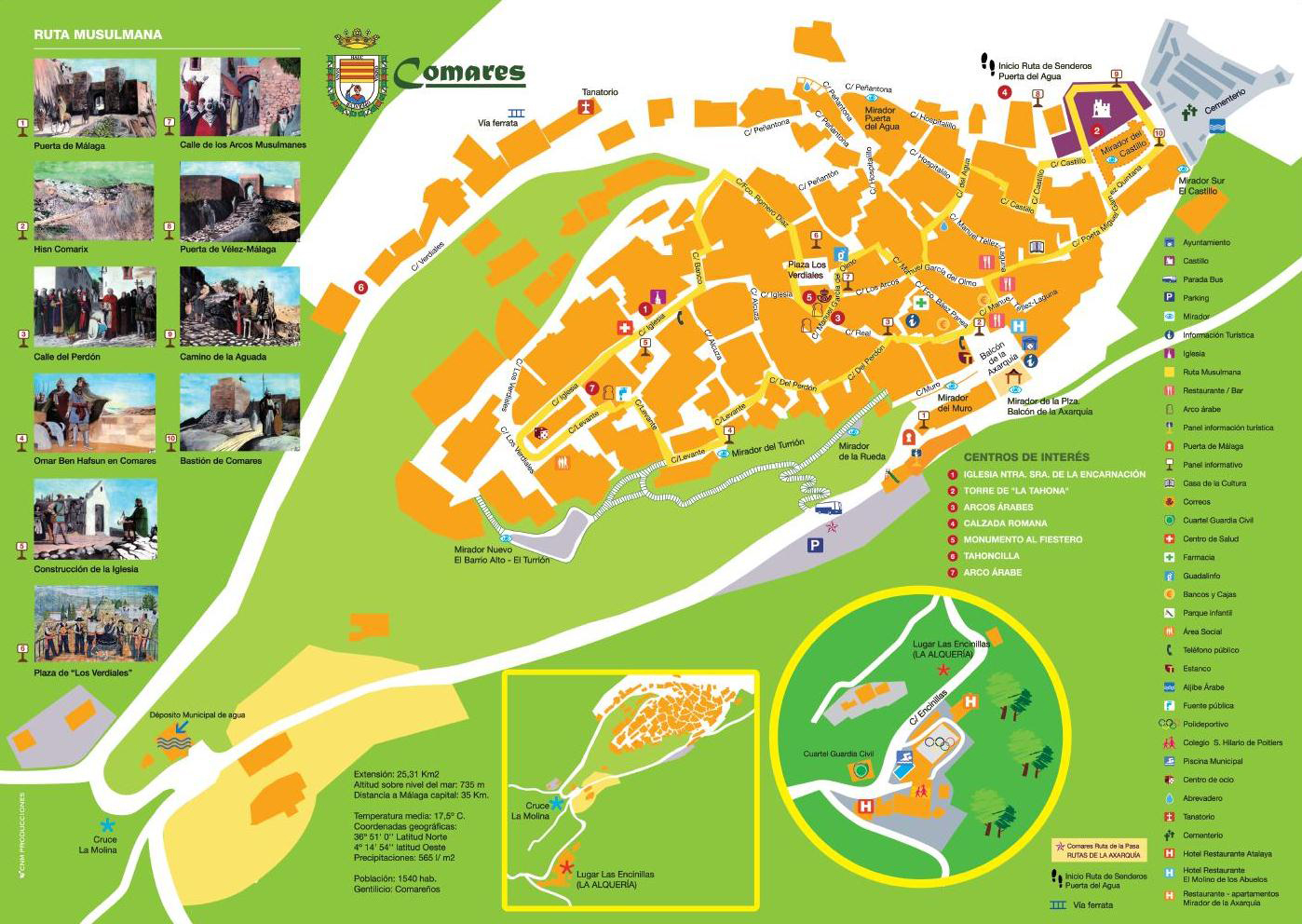